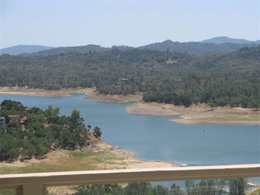 If you’re looking to buy your dream home in Oak Shores, you may want to do so sooner rather than later.  Currently, there are many homes on Lake Nacimiento that are very affordable and offer breathtaking lake views while offering the privacy of being in the gated Oak Shores community!  While it is still considered a buyers’ market, there are some changes coming soon to the Federal Housing Administration that will alter the way loans are processed.  It seems there will be more hurdles and higher costs under the new legislation and new rules that can go into effect as soon as the end of this month.

Recently, an article written by Jennifer Waters was issues in The Wall Street Journal noting these upcoming changes.

Higher monthly fees, larger down payments and better credit scores are among the new initiatives intended to ensure that the FHA stays solvent. Its reserves, which are used to cover bad loans, plummeted to $3.5 billion at midyear from $19.3 billion in September 2008, according to a report from the FHA’s parent, the Department of Housing and Urban Development.

Proponents of the measures applaud the FHA’s efforts to preclude the need for a taxpayer bailout, while also stepping up the quality of its insurance portfolio. But critics fear that the moves will stifle an already sluggish recovery in housing and will be most burdensome on first-time home buyers who rely most on the FHA insuring their loans. The FHA backs 30% of all loans outstanding and is on track to insure 1.7 million loans by the end of its fiscal year Sept. 30, according to its recent quarterly report to Congress.

“This wouldn’t be such a big deal if the economy was going well and houses were moving quickly,” says Gibran Nicholas, chairman of CMPS Institute, which trains certified mortgage-planning specialists. “But when you’re talking that the majority of buyers out there are first-time home buyers using FHA financing, now it begins to make a pretty big impact.”

Here’s a rundown on some of the initiatives:  Higher monthly fees. Earlier this month, Congress gave the green light for the FHA to raise the monthly premium it charges on loans; a presidential signature is expected.

FHA-backed loans have looser restrictions than other mortgages on down payments — now at 3.5% of the home’s selling price — but require borrowers to pay an upfront fee and a monthly fee. The legislation allows the FHA to hike the monthly fee to as much as an annualized 1.5% of the loan balance, up from 0.55%, though initially it will go only to 0.9%.

The initial fee was increased earlier this year to 2.25% from 1.75%, though the FHA has said it will bring it down to 1% with the higher monthly fee. Even with the decrease in the upfront fee, increasing the continuing fee is expected to generate $300 million per month, “which would replenish FHA’s capital reserves much faster than is possible under the premium authority” now, according to the quarterly report.

Better credit scores. In its 76-year history, the FHA has never required a credit score from borrowers, though the lenders typically have. That would change under a proposed rule that the FHA is expected to adopt.  The FHA would require borrowers to have at least a 500 score for FHA backing. At 580 and above, borrowers would be eligible for the 3.5% down payment. But those who fall between 500 and 580 would see their down payments jump to 10%.

That, however, is still well below scores of 660 to 720 that most lenders look for to accept only a 10% down payment. “No lender is going to do that loan for a borrower with a 580 score and only 10% down,” says Christopher Gardner, chief executive of FHA Pros, an FHA approval service.

Cutting sellers’ contributions. This is the change that may have the biggest impact on borrowers, because it could nearly double their total upfront costs from just the required 3.5% down payment to a total 6.5%.

Sellers have been able to contribute up to 6% of the price of the home toward the buyer’s purchase. That was often done by paying some of the closing costs, such as the upfront FHA fee and other fees, amounting to about 3% of the purchase price. Sellers might also agree to pay for some needed repairs, sparing the buyers that expense.

As part of its proposed rule changes, the FHA wants to slice the seller’s contribution to no more than 3%, which CMPS Institute’s Mr. Nicholas says ups the buyer’s ante to 6.5%. “Why [should] the home be less affordable to the buyer under the new rules,” Mr. Nicholas asks.

The FHA contends that this change will weed out sellers who artificially inflate the sales price to create the concession. It also will bring FHA in line with industry standards, according to Bankrate.com.

These are just the latest in a string of new policies that the FHA has imposed in the last few years and that could lead to substantially fewer buyers looking for the FHA insurance, turning instead to Fannie Mae or Freddie Mac programs.  “Many of these reforms were long overdue as FHA did not respond effectively to changes in the marketplace that happened during the housing boom and the subsequent decline,” Mr. Stevens told Congress.

Being in the real estate industry for years, I understand these changes can be overwhelming.  If you would like to talk about buying a home in Oak Shores, please let me know!  I’d be happy to go over your loan options or answer any other questions you may have!  I look forward to helping you with the process of buying your home in Lake Nacimiento!

Please let us know how we can help!

Eat Your Way Around Lake Nacimiento!